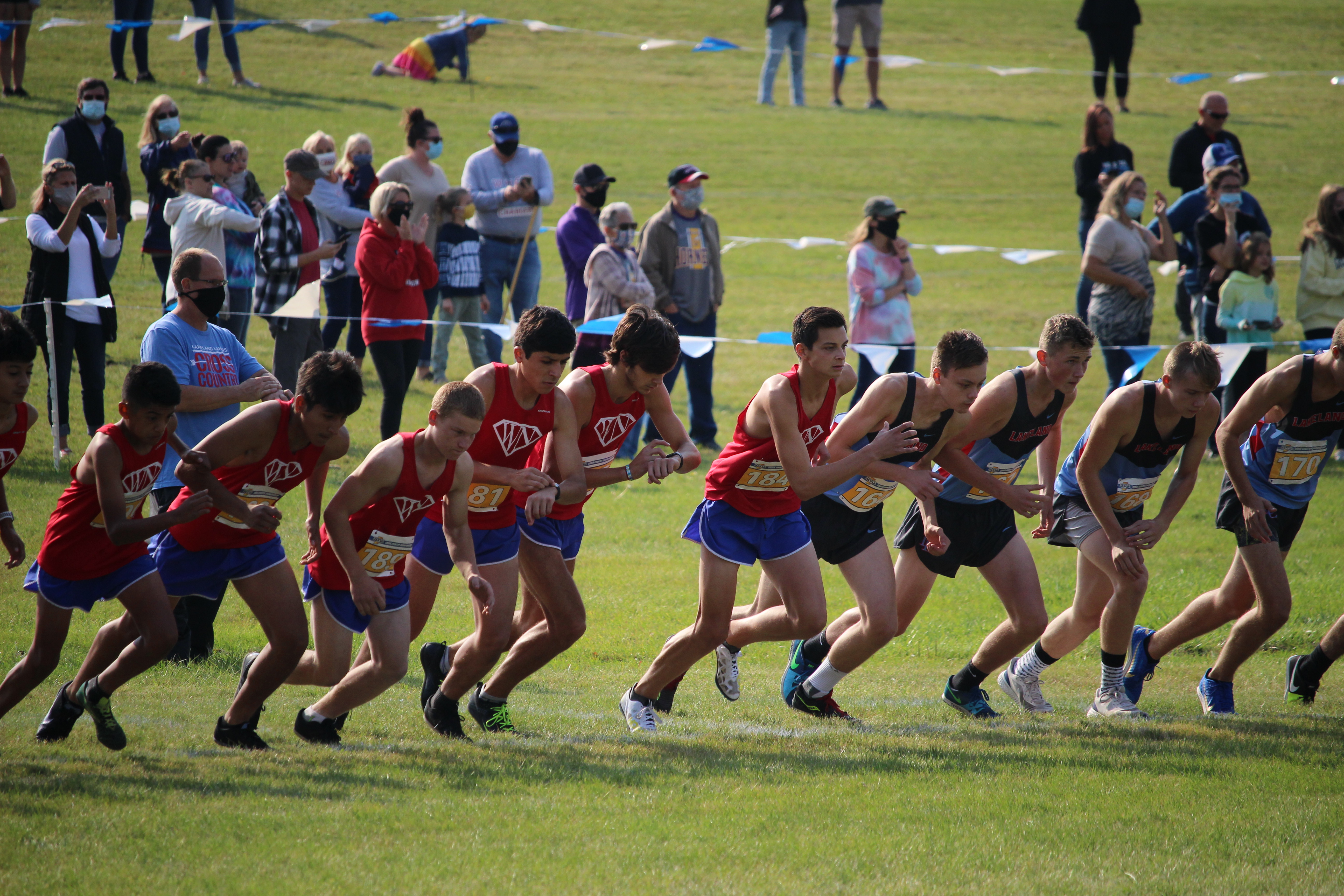 Despite racing without two of the team’s top runners, Austin Cripe and Cameron Dupuy, for much of the season, the West Noble Charger Boys’ Cross Country team will advance to the WN Regional competition next week after securing a 4th place finish in yesterday’s Sectional meet. Only the top 5 in each sectional advance. This year’s team has consistently faced an uphill battle, and are doing all they can to rise to the challenge.
After graduating 6 seniors from last year’s team, this year’s Chargers began the season with only three returning upperclassmen. The loss of the 2020 track season of training and racing, along with a very delayed start to summer training and practices due to the Covid-19 pandemic, were of course, additional blows. What came as unanticipated aftermath from the lack of team training were the multiple injuries and health issues throughout the season. There hasn’t been a race all season where all of the top seven runners were healthy and able to compete at their best together.
Nonetheless, these boys have and are still fighting hard to represent WN well and race strong each week. Yesterday the team was led by sophomore Grant Flora, who placed 4th overall with a time of 16:48. Brother Isaac Flora, senior, was just three places behind with a time of 17:39. Isaac Campos was the third runner for the Chargers in 27th place (18:54) followed by Logan Schuller, 32nd (19:15), Isaac Silva, 33rd (19:16), freshman Evan Rodriguez, 47th(20:22), and Adrian Garcia, 50th (21:12).
I am very proud of these runners’ resiliency and hard work to improve each week, and look forward to watching them run hard again next week.

Sectional @ Westview
9:00 am
View All Events